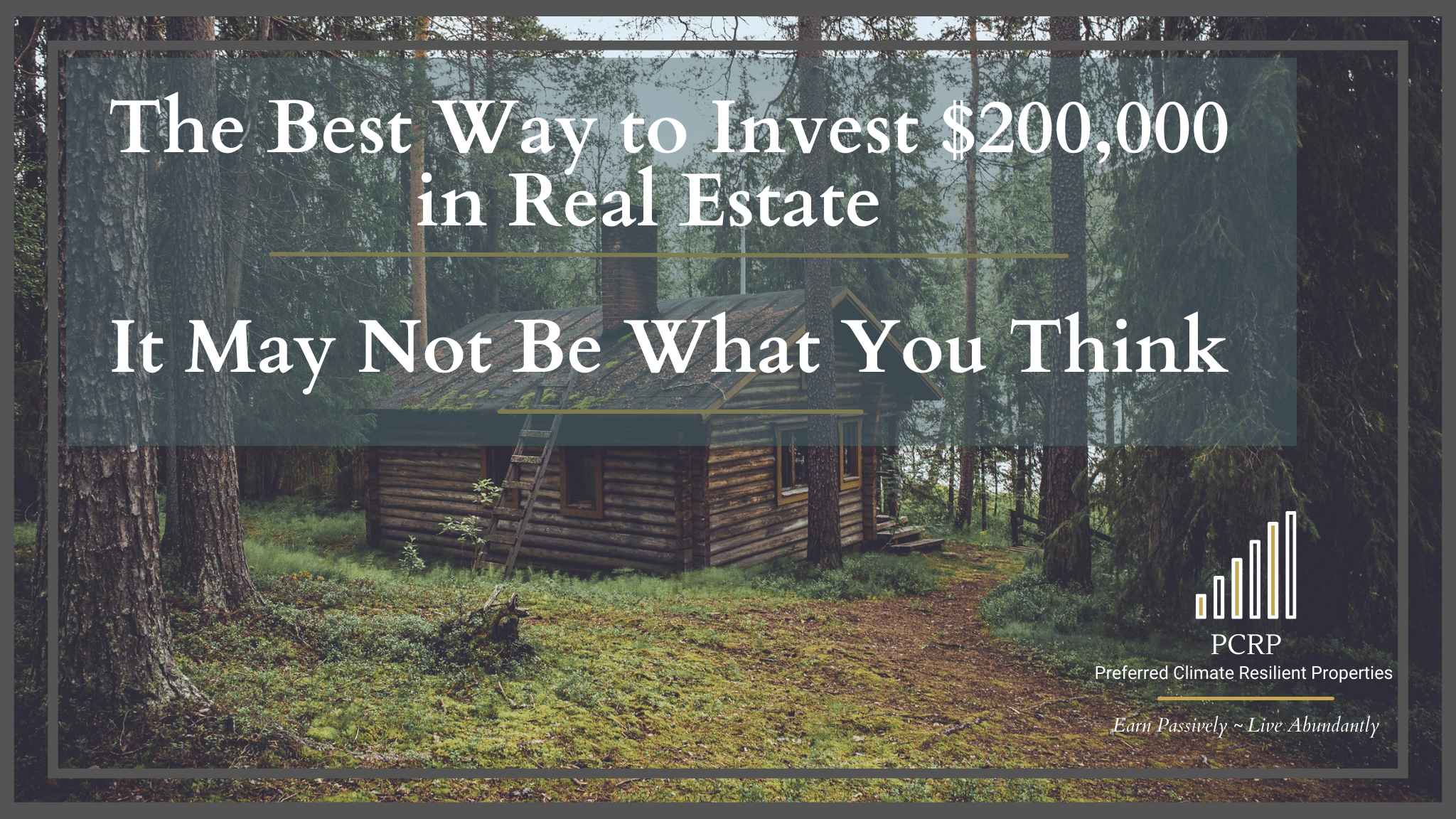 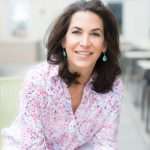 Not too long ago, people buying million-dollar homes would qualify for millionaire status, that’s not the case anymore, but that’s simply the market conditions we contend with today.

And to top it off, you might even have to put a lot of money into the property to get it into “livable” standard territory. Geesh!

In a real estate market that is red hot, such as most markets today, is it a good investment strategy to take the traditional route and buy a home that you may or may not have for the rest of your life? Or does it make sense to take that kind of money you would have spent on your down payment and invest that capital into a real estate syndication instead?

Down payments can be a sizable amount of money so we need to look at the options of where to place such a large investment to best benefit long-term growth plans.

Here, we’ll explore these investment decisions and whether they are in line with your financial planning and investment goals. First, an important thing to remember is that most real estate experts and perhaps even your own financial advisor would agree, that owning your own home is not in most people’s retirement plans per se. Nor does it usually play into one’s financial goals. The reason being is that it doesn’t give you investment returns like rental properties would or investing in a real estate syndication would.

2.) Renting a home and investing that extra money of $200,000 into real estate syndications

Let’s say we have Jack and Diane who are a young couple who think it’s a good idea to own their own home. They locate a gorgeous three-bedroom home and put it under contract for $1 million, which is a good price for the local real estate market. The first step is that they need to put down 20% of the purchase price – or $200,000 – to acquire their new dream home. They may dip into their retirement savings, high-yield savings accounts or it may just be in their bank account ready to go for just such an occasion.

Jack and Diane get a mortgage for $800,000 at 5% interest over 30 years. On a monthly basis, they pay $4,295 for their mortgage payment. They are executives and are very well paid, so their annual income can easily support this mortgage payment.

Over the Short Term

Over the short term, they have several repairs that are needed on the home, but because they have plenty of additional income over and above the mortgage payments. These costs are easily covered.

Fast forward ten years and now Jack and Diane have teenagers, and a dog and a cat and decide that they are outgrowing their home.

What Does This Mean?

So, not bad, and certainly better than if their capital was sitting in a savings account for those 10 years, but let’s take a look at scenario two.

What if there are different ways to look at your investment options. How about renting a rental property and investing your capital into a real estate syndication so that you can receive passive income instead?

In this scenario, Jack and Diane rent a property for $3,000 a month. They took their $200,000 and invested it into a commercial real estate syndication (group investment).

This particular real estate syndication deal has an 8% preferred rate of return with an equity multiple of 2x over a 5-year hold term. This means, between the cash flow distributions and the profits at the sale, they could possibly double their money in just 5 years.

Three years later, the renovations on the apartment community that the sponsor team and the property manager conducted were complete and the sponsor team decided it was soon time to sell the asset.

By the end of year three, Jack and Diane received their original investment of $200,000 plus $170,000 in profits from the real estate syndication.

They decided to reinvest the $370,000 into another real estate syndication with the same sponsor team.

Four years later the second real estate syndication sells and doubles the $370,000 capital. They take their $740,000 and reinvest it again.

Three years later which is now 10 years after investing in their first real estate syndication they have $1.4 million.

Now, of course, we can’t forget the rent that Jack and Jill have been paying each month – the rent that their parents told them was a “waste of money” and that they’d never get back.

Even still, consider the profits from their real estate syndication investments. Are those payments really “throwing away money”? 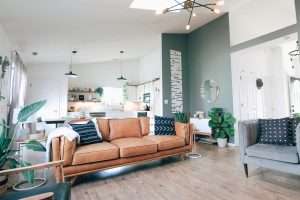 In both cases, Jack and Diane began with $200,000 to put toward whatever they wanted. In scenario 1, they used the capital as a down payment for a single-family home in which to live. In scenario 2, they chose to rent and use the $200,000 as capital toward a real estate syndication investment.

So, how do think the numbers panned out?

Scenario 2 – Rent a Home & Invest in a Real Estate Syndication

So, Which Had the Better Returns?

Apparently, over the long haul if Jack and Diane were to throw conventional wisdom out the window and invest instead of buying a single-family home, they could come out with roughly $520,000 more in just 10 years.

Let that sink in for a minute.

That’s an addition of over $50,000 per year, which is like having a 3rd income! That’s the power of passive investing.

These are not get rich-quick schemes. These investment strategies in real estate syndications take time for you to receive these long-term returns. But the point is that they can produce higher returns than investing in a primary residence, which can be a great way to grow your wealth.

These scenarios aren’t meant to be taken as investment advice. They are simply meant to show you two possibilities or paths that are available with your money.

One follows the traditional narrative that generations before us have believed for decades and decades. The other is rarely even considered as an option.

The bottom line is that going against conventional wisdom is extremely difficult and there WILL always be naysayers.

It’s ultimately up to you to choose your path and have 100% confidence in that choice. No matter which choice you make, may your home be filled with laughter, love, and joy.

Note: we are not financial advisors and are not offering financial advice of any kind. Please consult with your advisors before making any investment or financial decisions.

The best way for you to learn more about commercial real estate syndications is to join the PCRP Passive Investor Club.

Through the PCRP Passive Investor Club, you’ll get a priority review of all the deals we offer. We’ll work with you to determine your investing goals and then present you with the best deals to meet those goals. We’ll then guide you every step of the way as you invest in those deals.

So if you’re ready to start investing passively in institutional-grade, commercial real estate in fast-growing, climate-resilient markets in the U.S., join the PCRP Passive Investor Club  – IT’S FREE! – and get started on your path to EARN PASSIVELY and LIVE ABUNDANTLY!

If you would like to know more about what we do and how it may be of value to you, please reach out to us anytime.  We’re always happy to help! 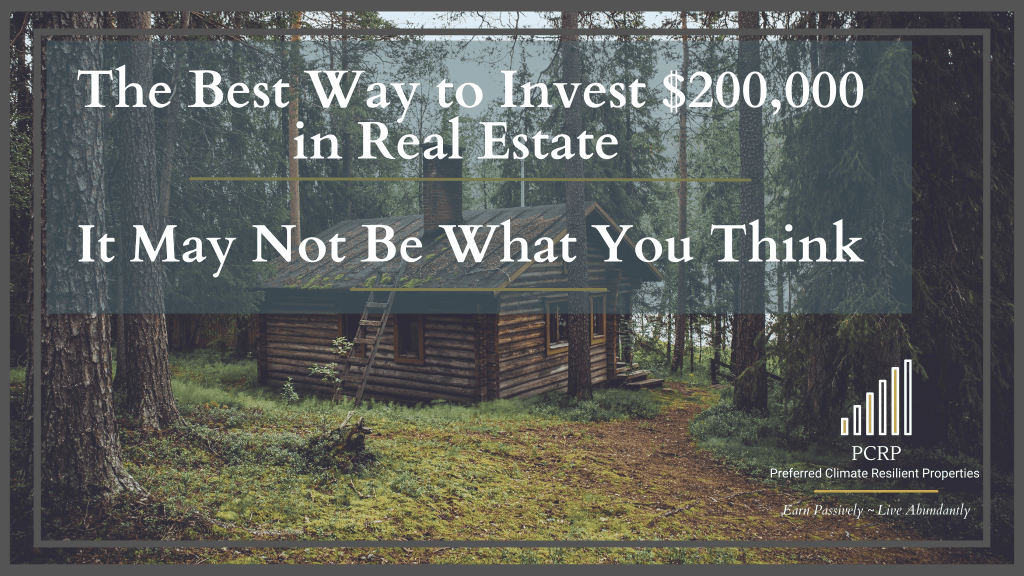 Sign up for our newsletter to receive tips, strategies & opportunities to help you live your best life!

We will never sell or share your information, and you can unsubscribe anytime.

PrevPreviousInvesting $50,000 Each Year in a Real Estate Syndication
Next3 Must-Have Factors I Look For In Every InvestmentNext 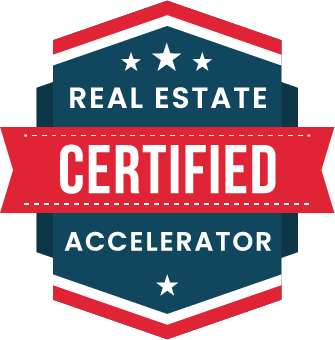 Want to live your best life? Sign up here for tips, strategies & opportunities to help you get there!

We will never sell or share your information, and you can unsubscribe anytime.

No Offer of Securities—Disclosure of Interests. Under no circumstances should any material at this site be used or considered as an offer to sell or a solicitation of any offer to buy an interest in any investment. Any such offer or solicitation will be made only by means of the Confidential Private Offering Memorandum relating to the particular investment. Access to information about the investments are limited to investors who either qualify as accredited investors within the meaning of the Securities Act of 1933, as amended, or those investors who generally are sophisticated in financial matters, such that they are capable of evaluating the merits and risks of prospective investments. None of the content provided on this website should be seen as tax or legal advice. Please consult a licensed professional. Want to live your best life?

Let us help you get there!

Sign up for investment tips, strategies & passive income opportunities to help you grow your wealth.